skip to main | skip to sidebar

We had our doubts before traveling to Colombia. Is this country really safe enough for tourists? Do you notice the activities of paramilitary groups and the FARC? How about criminality in the city centers? The available information provides rather contradictory signals. On the one hand the travel guides, like the Lonely Planet, tried to convince us that Colombia is really safe and on its way of becoming a normal tourist destination. This information emphasizes the friendly character of the Colombians, the modernization of the country and the success of anti-terrorism policies under Uribe and Santos. The quality of long-distance travel is often emphasized – buses and domestic airlines – and growing safety of the cities, although tourist are still advised to be careful. 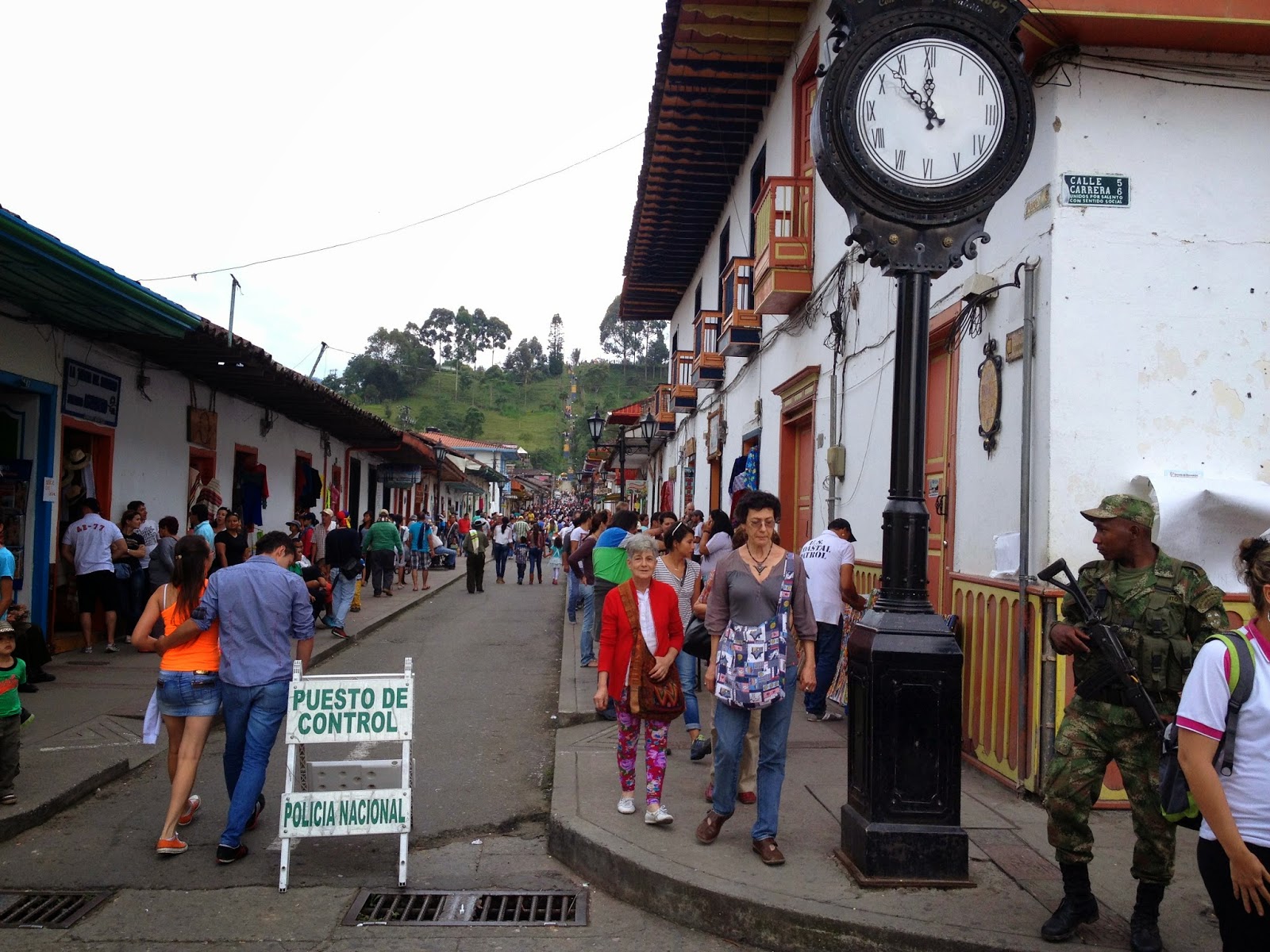 The available statistics speak another language, though. I calculated that living in Colombia for three weeks is probably as dangerous as living in the Netherlands for more than a year, in terms of the probability of being murdered. Figures about traffic safety are alarming and suggest that the road may be more dangerous that the FARC and the paramilitary forces combined.

The medical information provided by the Dutch travel health organizations also tries to scare people off: yellow fever, malaria and dengue constitute threats to the lives of European tourists and the altitude of cities like Bogotá could make us sick soon after we’d arrive in Colombia. We had our bags full of pills and had our ‘necessary’ vaccinations. 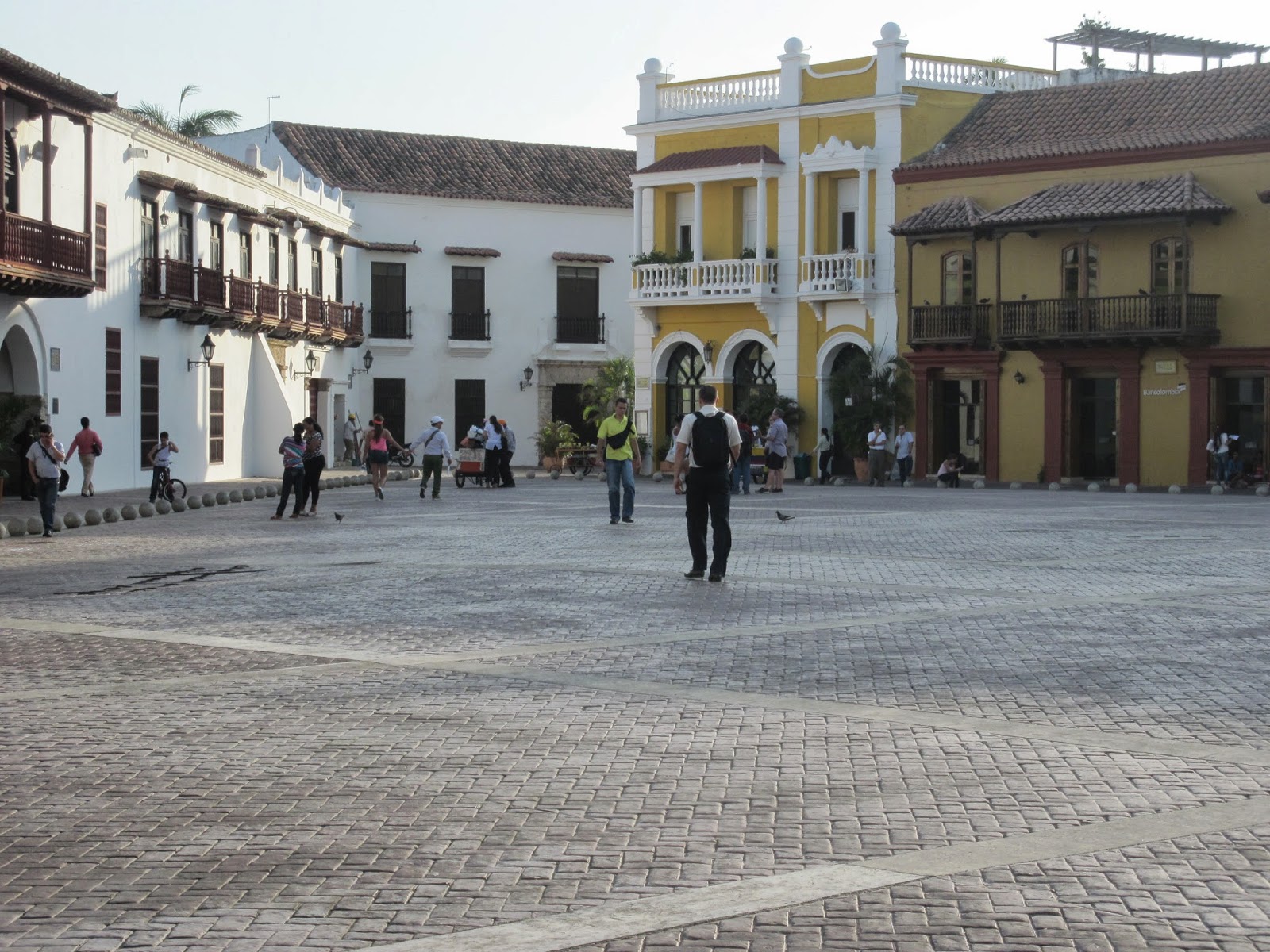 But what did we experience during the period of over three weeks we were traveling through Colombia? First of all, like the Lonely Planet suggested, we generally felt quite safe. In some areas you see many soldiers with impressive guns, but these young soldiers were always friendly and helpful. There presence had a reassuring effect rather than creating an atmosphere of tension. On the other hand, it did tell us that real dangers always lure in the background. Apparently you easily get used to this.

Colombia is not a poor country, but the gap between rich and poor is extremely wide. It belongs to the top-five countries in inequality. That’s something you feel everywhere. The presence of private security, in addition to the military, in shopping centers, bus stations and so on tells a story of unhealthy differences and their consequences. The fact that our safety is always dependent on men with guns, fences and cameras, is constantly somewhere in the background. 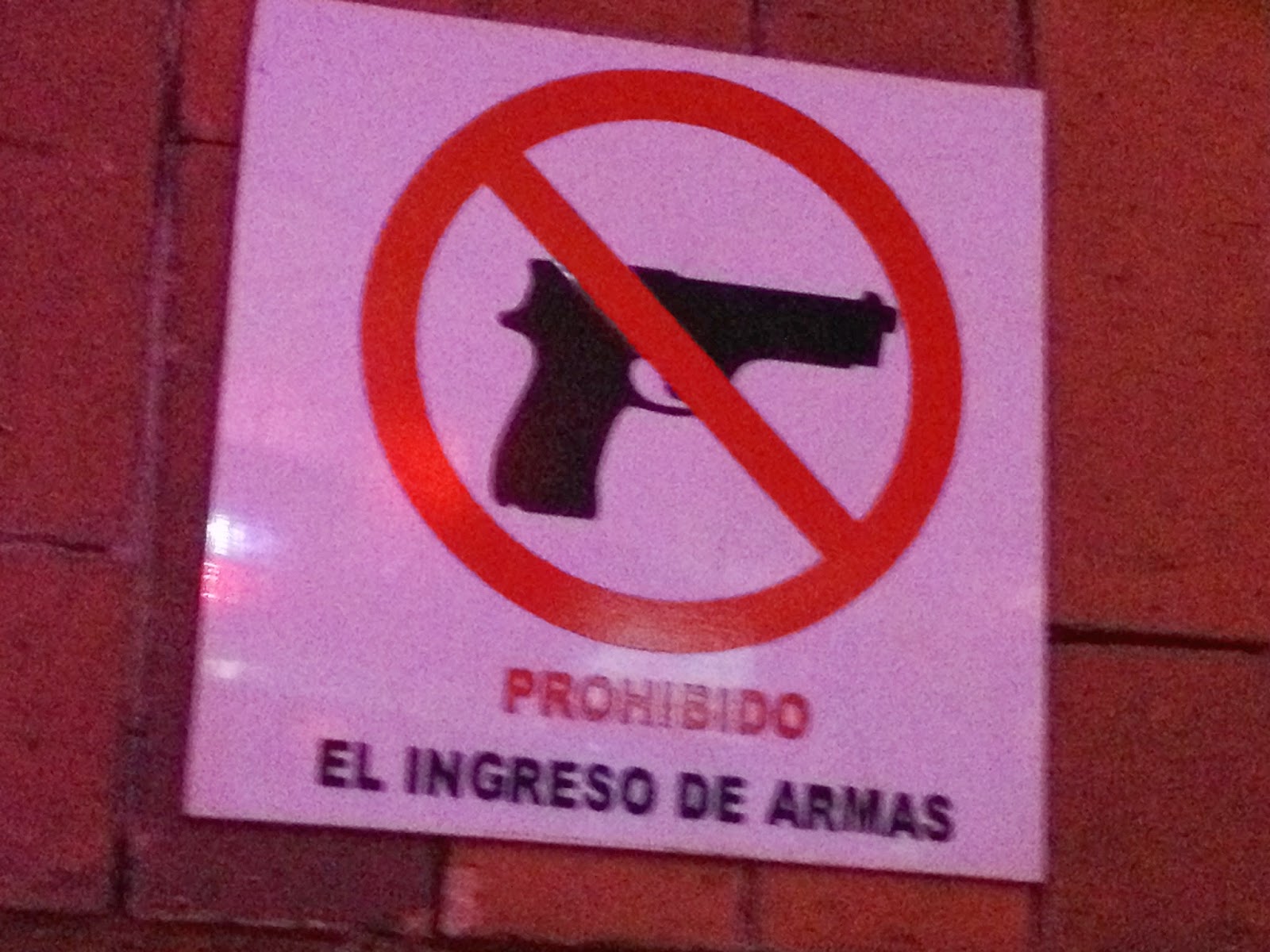 In general people were quite honest. In cases where I gave 10.000 instead of 1000 pesos, I was always corrected and no one ever took advantage of my mistakes. And most people want to help and give foreigners a good time in their country, of which they are proud. It helps a lot if you speak Spanish, as the level of English is still low in the general population.

Most people we met were friendly and not at all aggressive, but they tend to make a lot of noise, especially when they are having fun. You notice this in long-distance buses where loud South-American music is always part of the service, but also in pubs and restaurants. Noisy entertainment also belonged to a boat excursion we made in Cartagena. The emphasis was more on having a good – that is noisy – time together on the ship than on the beautiful nature that surrounded us during the trip. Colombians are good at partying, enjoying life together and as a foreigner you’d better join in. 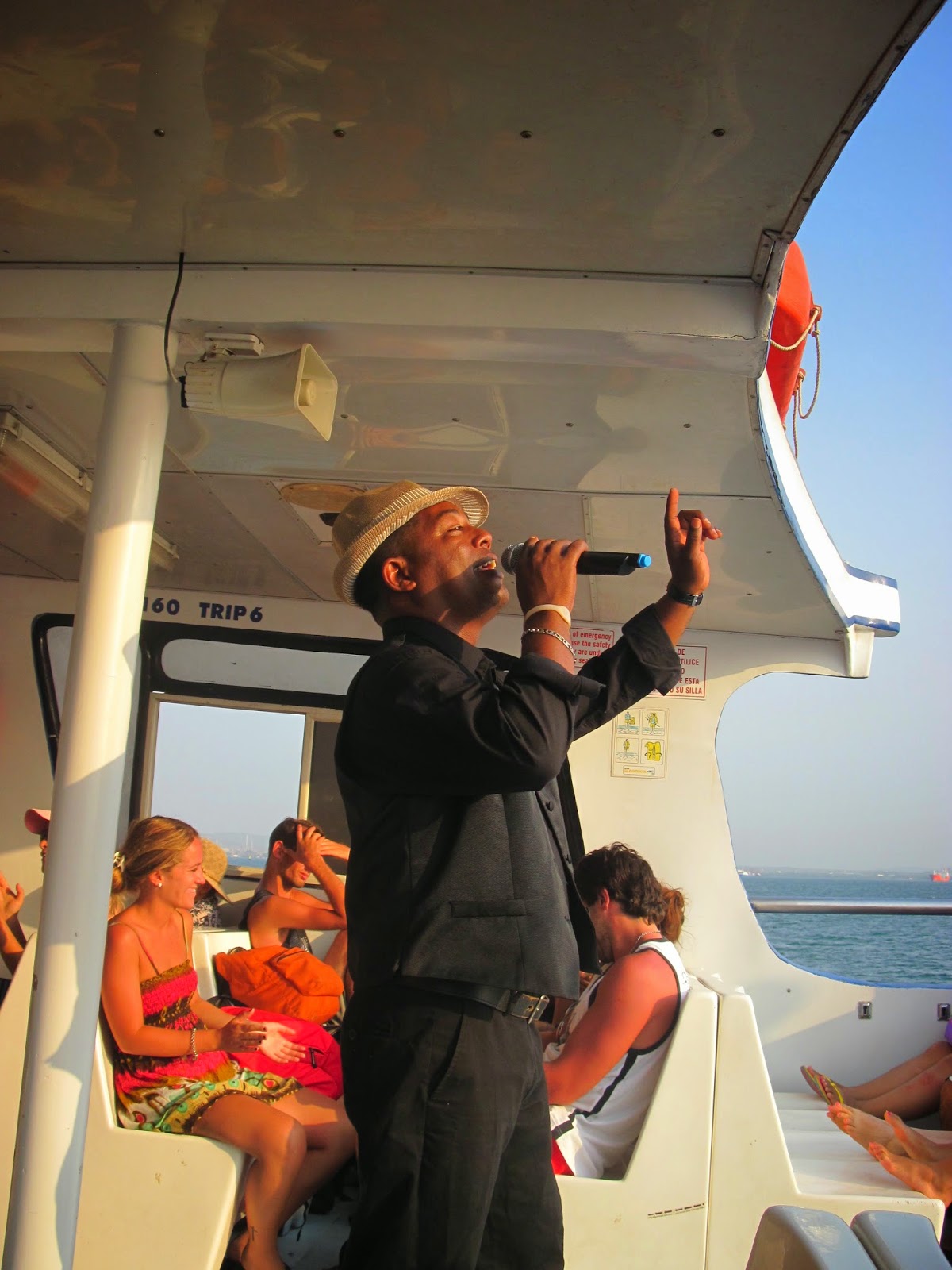 The health situation of Colombia seemed quite good to us. Most regions have no malaria and yellow fever. The precautions advised the Dutch authorities seem exaggerated, except for those who actually visit the low and damp jungle areas in the Amazon or along the Pacific coast. For a healthy person the altitude is no problem, if time is taken to adapt.

What the travel books don’t really tell you is the ugliness of the cities. Except for very small ancient parts of city centers, the architecture and urban planning of the cities seems to be an endeavor to create the most unattractive places on earth and they succeeded excellently in this! There are some notable exceptions, like Cartagena, which is really worth a few days’ visit. Also the smaller towns like Villa the Leyva, Barichara and Salento are quite interesting, though they tend to get overrun by tourism, turning them either into a museum (Barichara) or into a cheap holiday resort (Salento). A town like Popayán, which travel guides put on the same level as Cartagena, contains really interesting architecture, but what the travel guides don’t tell you is the high degree of pollution and noise in the streets by the traffic. 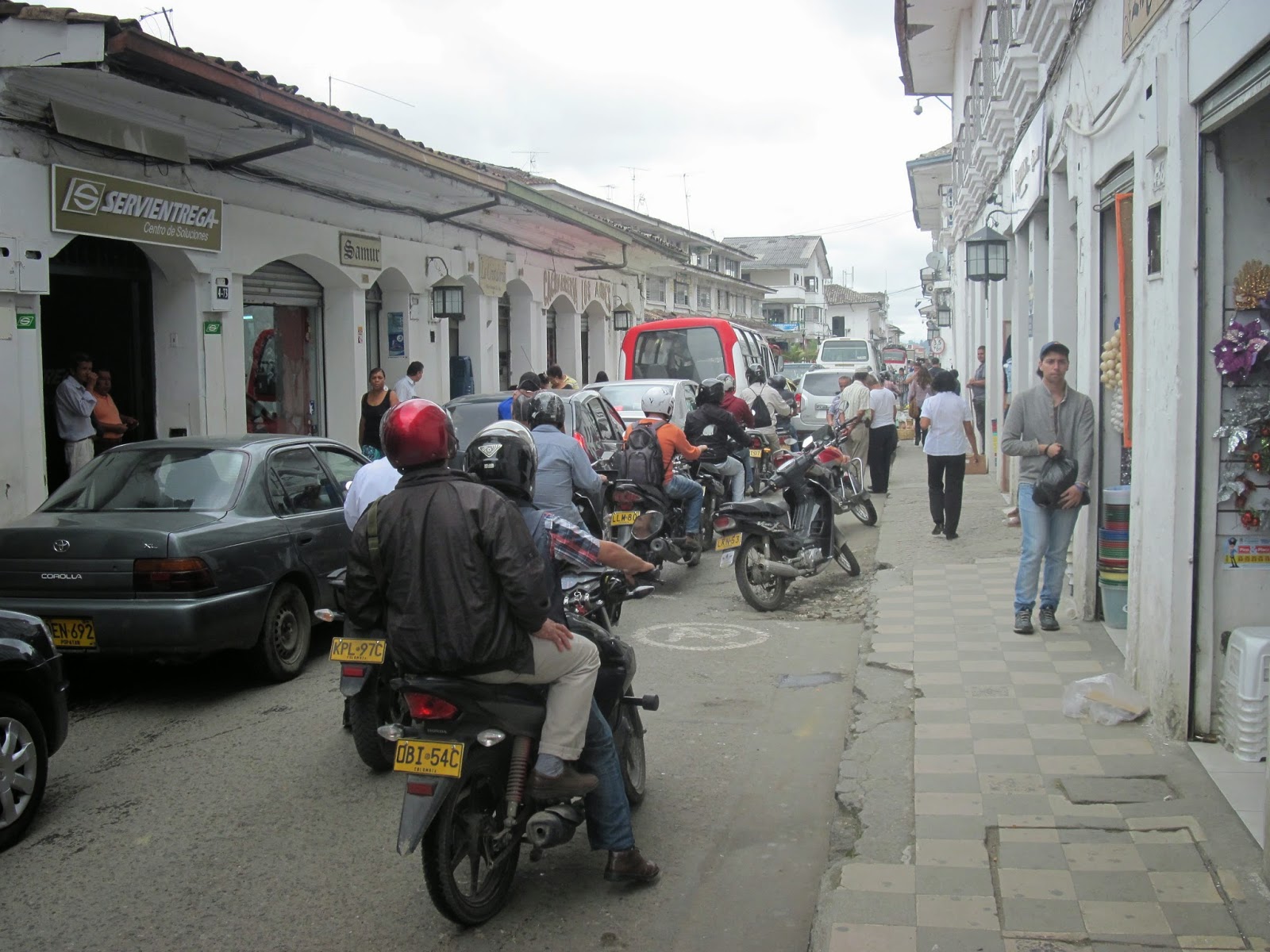 What should get more emphasis in tourist information is the landscape between cities. We traveled quite a lot in long-distance buses and had most impressive views in the mountains, for example from San Gil to Bucaramanga or from Medellin to Cali. These views come at a cost. Traveling by bus is both time-consuming with an average of below 40 km/h and dangerous. Overtaking on narrow roads often leads to dangerous situations and often such a maneuver gets broken off before it has resulted in an accident. And so far, the Madonna whose image is often in the bus has protected us, but from statistics we know that she does not always do this…. Domestic airlines are a good an safe alternative – especially the national airline Avianca – but you miss the views and the contact with the environment. 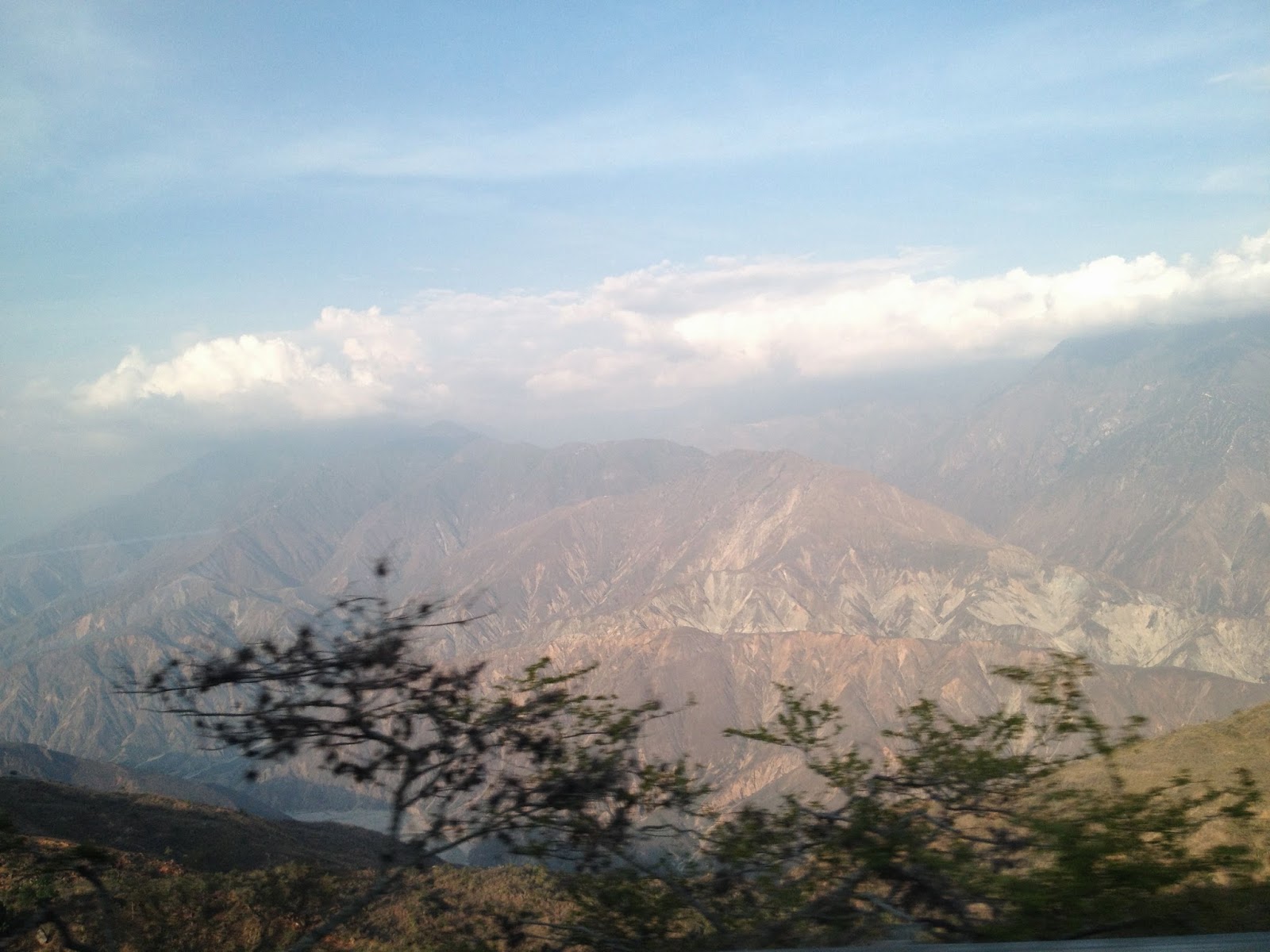 There is one thing for which you must not go to Colombia and that is the food. In the cities there is good quality international cuisine, but the local kitchen is rather tastless. And this also applies to the cheese that is added to almost everything: an indefinite milk product without any character. Wine is expensive: the Chilean wine is at least twice as expensive as in Europe. Beer is good and affordable. Really good are the fruit drinks made from a great variety of tropical fruits. A disadvantage is the fact that they are often mixed with ice or water with unclear origins, which could explain our frequent diarrhea during our Colombia travel.

Hotel accommodation is good in Colombia and internet booking (booking.com etc.) quite easy. Prices are definitely lower than in Europe, but if you want some comfort and a good location, don’t expect low prices like in some parts of Asia. The most positive side of Colombia is its nature, of which we have still seen very little. The differences between climate zones, related to altitude, creates an extreme biodiversity, from tropical jungle, to cloud forests, the paramo and glaciers. There are good possibilities for walking, from rather easy to very difficult. 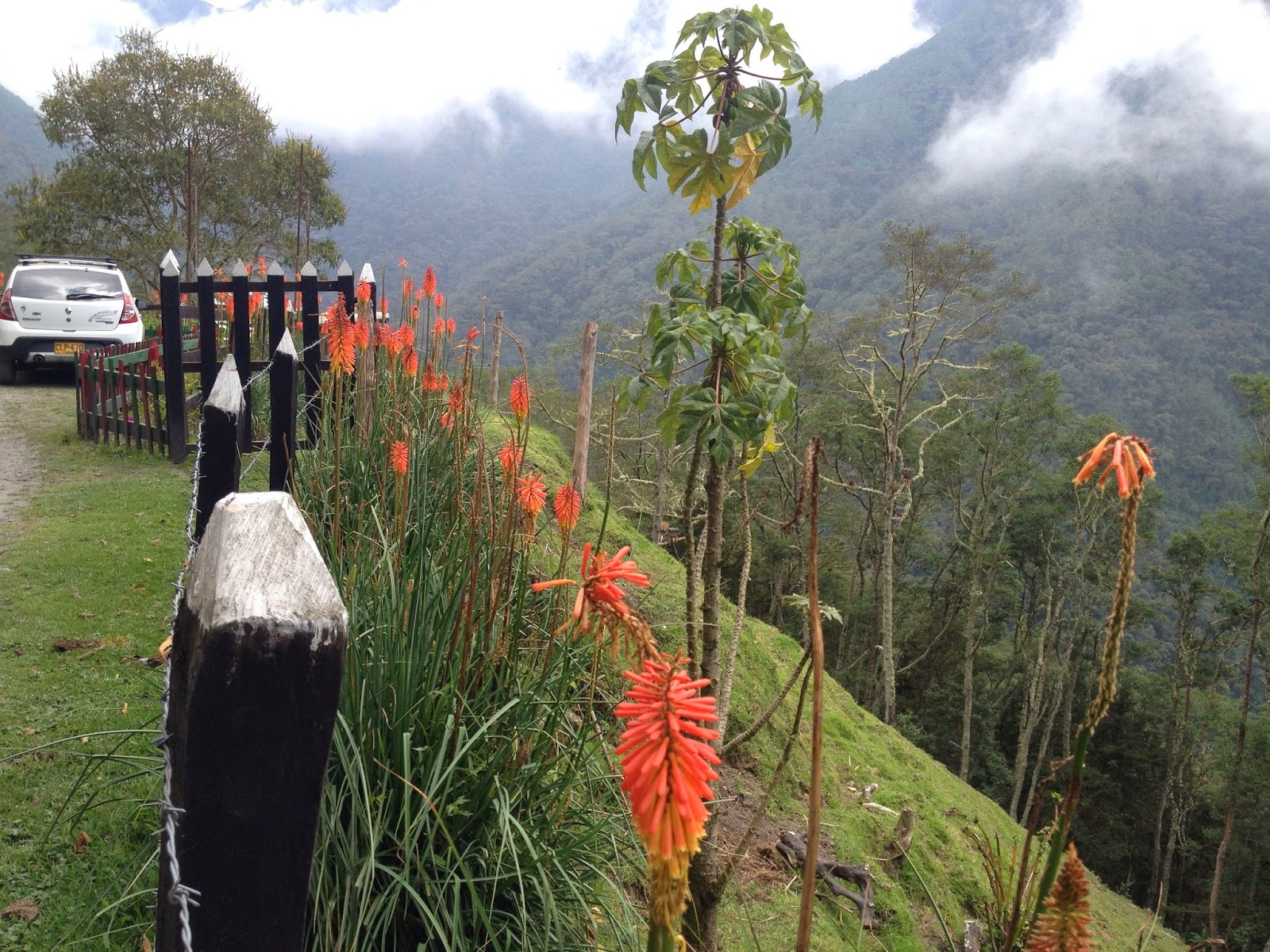 Concluding: Colombia is certainly an attractive holiday destination, especially for the friendly people, (parts of) old towns, magnificent landscapes and beautiful nature.  It’s safe enough to travel, if you accept the dangers of traffic. Don’t pay too much attention to the ugliness of the towns and try to enjoy the food in other countries. Don’t go without a basic knowledge of the Spanish language.
Posted by Huibert de Man at 06:54 No comments:

Huibert de Man
With a background in sociology I have been active in management education, training and consulting for a long time. Change management, cross-cultural management and management skills are my favourite subjects. I have always had a keen interest in languages and cultures. Teaching management in China, Yemen and Saudi Arabia turned this interest into a central theme for my work: cross-cultural HRM, cross-cultural communication. How people deal with problems fascinates me. I don't believe in imposing simple solutions on complex situations. At the Open University I have contributed to the development of general management education that takes the complexity of management reality as a starting-point. As a freelance trainer, consultant and speaker I continue to help people to deal with the complexity of organization and management.